The chemical compound menthol makes cigarettes easier to smoke and harder to quit. Menthol creates a cooling effect, reduces the harshness of cigarette smoke and suppresses coughing. Those effects may make menthol cigarettes more appealing to young, inexperienced smokers, and research shows that they are more likely to addict youth.

Patterns of Use in the U.S.

Menthol cigarettes are disproportionally used by young smokers and may facilitate addiction.

Marketing in the U.S.

At the local, state and national levels, the tobacco industry has worked hard to undermine government efforts to restrict the availability of menthol tobacco products.

For example, in June 2017, San Francisco, California, prohibited the sale of all flavored tobacco products, including menthol. R.J. Reynolds, the maker of Lorillard cigarettes, formed a campaign, “Let’s Be Real San Francisco,” and contributed $10.69 million to repeal the law before it was implemented. On June 5, 2018, 68 percent of San Francisco voters upheld the flavors and menthol ban and the ordinance went into effect 10 days after the vote was certified.

The industry often cites a concern that menthol bans will lead to a market for dangerous illicit trade, despite sparse evidence to support that concern. The tobacco industry has also attempted to spread fear that menthol bans unfairly target African-Americans and would lead to further criminalization of the community. R.J. Reynolds, also the maker of the leading menthol cigarette brand Newport, recruited prominent black leaders, including civil rights activist Rev. Al Sharpton, to host town halls across the country on the subject. The public health community criticized these events as deceptive and exploitative.

While many localities have prohibited flavored tobacco products in some way, most of these exclude menthol, mint or wintergreen. However, several localities do include menthol in their flavor bans.

Consistent with a vision of a future where tobacco is a thing of the past, Truth Initiative supports the following policies regarding menthol in tobacco products:

These actions are especially urgent because the FDA has repeatedly failed to act, despite long-standing, overwhelming evidence that a menthol ban would benefit public health. The agency’s decision to issue an additional request for public comment in March 2018 is further delaying meaningful action. The FDA should immediately issue a proposed rule to accelerate the process of protecting the public from menthol tobacco products.

TAGS: flavors the truth about

How would smokers respond to cigarettes with less nicotine?

Why Natural American Spirit cigarettes could be especially dangerous 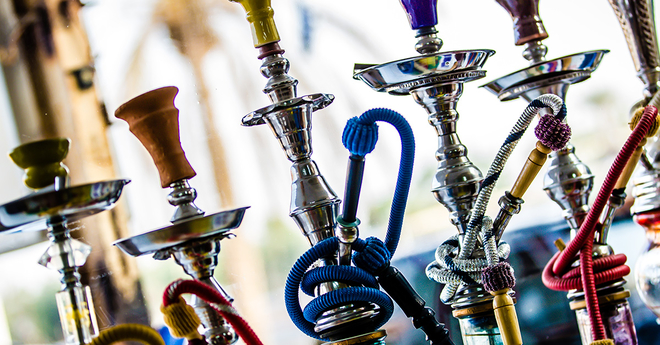 Hookah is the most popular flavored tobacco product among youth